Here are some of my projects I have done! Check them out! 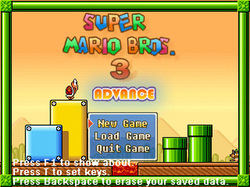 My first ever released Mario game. First released in June 2008 and made with Hello Engine 3.0 with many newly added features. Sadly this project scrapped in early 2009 and never continued. Until mid-2011, v0.04 revival is released with many fixes but still scrapped afterward.
Visit SMB3A 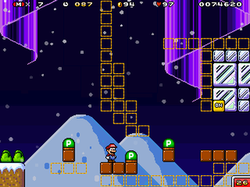 Formerly known as Mario vs the Furbies. MLVSTF is Supernova's second project that started July 2008 and released in September 2008. MLVSTF is still under production right now.

In this game, an army of furbies invaded the Mushroom World (where Mushroom Kingdom at) and terrorizing the world. Mario and his friends must travel across the world and destroy those mysterious invaders.
Visit MLVSTF 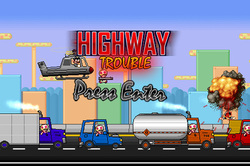 Highway Trouble started in October 2009 by Supernova. HWYT is heavily inspired by an arcade side-scrolling shooter: Alien Hominid (Level 1-2.) Highway Trouble is completed in mid 2011 in version 0.8 and the author never continued it due to Game Maker 6.1 to 8.0 file updating problem. Later on September 2013, Supernova revived its old file on Game Maker: Mac and released a Mac version of it.

Highway Trouble features Mario/Luigi/Yoshi clones made by Bowser and invade the world by taking over the highway system as a primary military offense system. Koopas are not shown in the game but Goombas have a little spotlight in the game. Help Mario & Luigi battle through the highway using plasma pistols.

HWYT is one of the highest positive reception supernova ever made. And it is awarded for the best game setting of the year 2010 in MFGG.
Visit HWYT 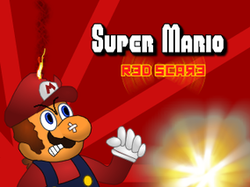 Super Mario - Red Scare is a survival minigame made in late September 2011. Upon releasing on the website, a high number of players download and played this game (mostly Russian.) Making the most played game made by supernova. 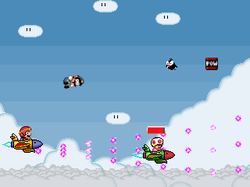 A minigame made by supernova in mid September 2011 for the MFGG minigame competition (2 keys only) and it won the first place.

This game is mainly consists of two buttons (up and down) and guide Mario's aircraft to safety and destroy enemies.
Download Mario's Deadly Flight 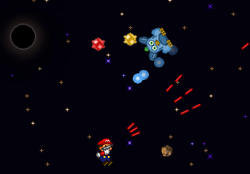 Direct sequel of Mario's Deadly Flight. MDF2 is a minigame made by supernova for the January 2012's MFGG minigame competition: space and starbits. Though it got a runner up place in the competition, MDF2 got a higher reception due to more elements.

MDF2 is Mario or Luigi flying in space and got attacked by a massive mob of furbies. Avoid black holes and collect as many starbits as possible.
Download Mario's Deadly Flight 2 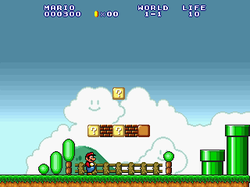 At the first look, people think it's a typical bad Mario fangame made with Hello's SMB Engine (Known as Hello Clones.) But this game will tell you it's a clone or not. Made recently in August 2012.
Visit Typical Mario Game 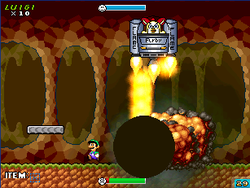 Luigi's boss is Supernova's old minigame in the old MFGG minigame competition - Boss battles in September 2009 and ends up as a runner up. Supernova plan to add this as the final boss of Mario & Luigi vs the Furbies. 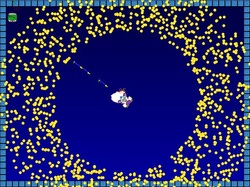 Very few known this game. Furby Panik is supernova's only game that does not have Super Mario elements. Created in July 2008 and the most recent version was released in February 2010. The main goal of this game is wipe all of the furbies. Since all of the sprites are custom made and supernova's inexperienced spriting skill back then, many sprites are roughly shaded. 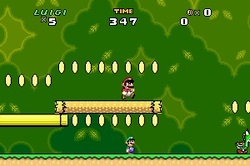 Believe it or not, this is supernova's test project before my first released game and the discovering of MFGG + Hello's Mario Engine. This game never published on MFGG and scrapped when uploaded. This game features Luigi as the main player and Mario is kidnapped by Bowser. Bowser send out his clone troops of Mario and Yoshi to destroy Luigi. The clones reappeared as the main enemies in Highway Trouble. Game engine is made from the basic Game Maker platforming engine by Mark Overmars. 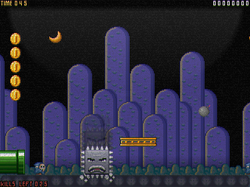 A scrapped minigame entry #28 Nova and Doc worked on. But due to Nova's stupidility, this game did not made into the voting session.

Source (Game Maker 8.0 pro & above) included if you want to expand this game. Let Nova and/or Doc know. 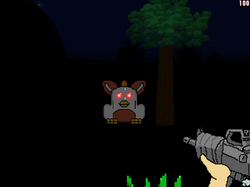 In furbies you shoot and survive mass horde of furby enemies and a boss will appear later in the game.

WArNING: Due to everything programmed in this game engine is fake 3D 2D rendering system. Some computer might lag a bit.
Download Furbies 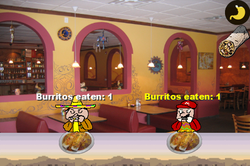 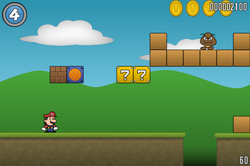 An April Fools 2013 prank Supernova pulled for the sake of beating Psycho Waluigi. Most user were fooled by the fake screenshot (on the left) at the first try.
Download Teh Best Malleo Game 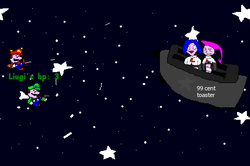 2 joke games produced by Supernova while he was bored, starring the Mario bros with their misadventures to regain the purple coin back from the wrath of Obama, Black Pirate with Beard, Giant Evil Ninja Luigi Clone Collector and Hippie Wario.
Download Super Mario - Turd Feast 1-2 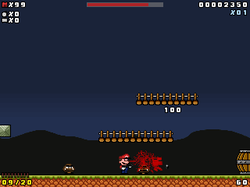 A gift for Nite Shadow during the MFGG Secret Santa 2013 event. Nite Shadow is known for making crowbar fads in MFGG. Also this game is first developed by Supernova is released for Android mobile devices and also the first game to have 16:9 screen ratio! 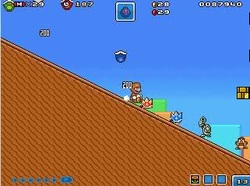 Supernova's oldest engine heavily based on SMB3 made back in Fall 2008. Due to lack of Game Making experience, Saturn Mario Engine have horrible collision system.

Saturn Mario Engine II have better physics but still glitchy. With many newly added stuffs for SMB3. Many new features around are missing in the download due to the file hosting site is dead years ago. And music is also not there since it's gone too. This engine only works in Game Maker 6 Pro, Game Maker 6 is outdated and won't work any OS above Windows XP.
Direct Download of Saturn Mario Engine 2 (GM6 only) 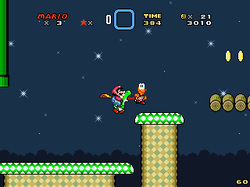 Since Hello Mario Engine is widely criticized for overused usage and bad programming codes. Supernova thought about making a better SMB3 Hello-ish engine, then he have managed to make a unique Mario engine that is very close to Super Mario World starting fall 2011. Unlike most of the other Game Maker games, Supernova Mario World Engine have its unique physics. Featuring SMW cape feather and Yoshi. And also jump-through slopes. Many more features are currently under progress. This engine if built for Game Maker 8 and above. Currently this project is abandoned due to messy coding systems. 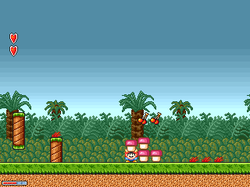 Right now it's on hiatus. But someday when I have spare time I will continue expanding this.
Download Supernova Mario Bros 2 Engine (WIP)

Various Game Maker tutorials made by supernova on MFGG main site. Some of them are quite useful if you're using Game Maker a lot.
Supernova's GM How-tos

Looking for my sprites and some artworks? Why not checking out my Deviantart account?
Supernova's Deviantart

Yes! I also makes various of remixes. Maybe someday I can compose my own track. Though most of my compositions are in SoundCloud.
Supernova's SoundCloud